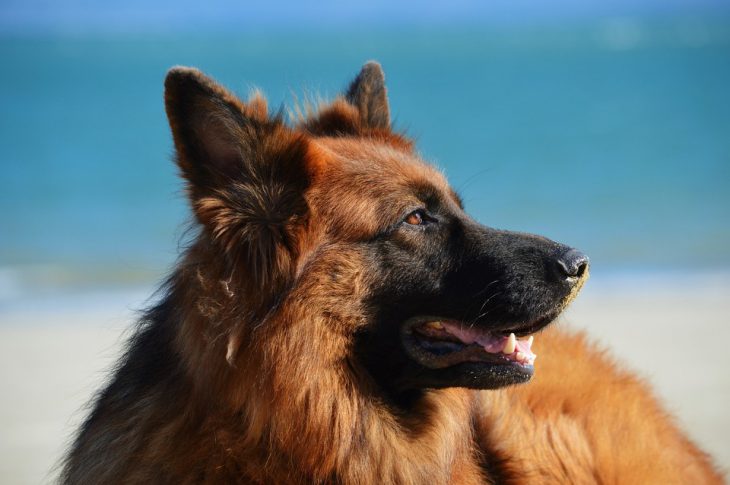 German Shepherd dogs are a loyal and loving breed. There is a good reason why they are the second most popular breed of large dogs. Although they common recognised to be faithful guard dogs and a great family pet, is this loveable canine the right pet for your household? Read ahead to find out! 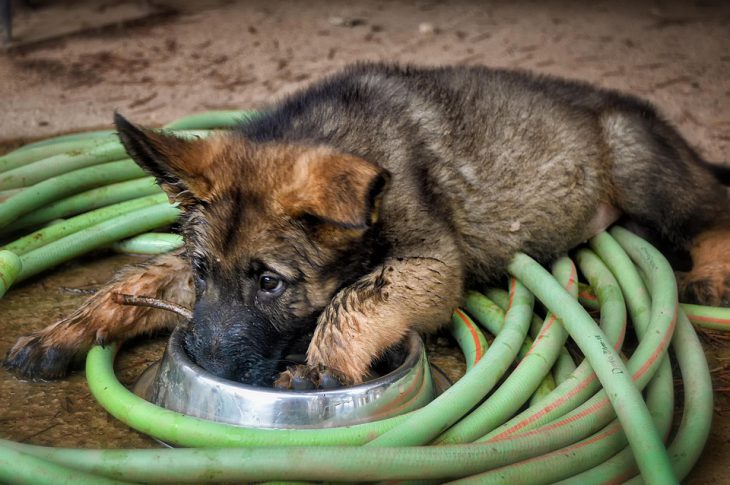 German Shepherds originated in Germany around the late 19th century. Captain Max von Stephanitz wanted to create a breed of herding dogs. Working with other breeders, his work resulted in breeding dogs that were not only versatile and skilled, but extremely intelligent and strikingly good-looking.

Von Stephanitz spent 35 years refining and promoting German Shepherds as a breed, as well as co-founding the world’s first club strictly devoted to GSDs (German Shepherd Dogs). Originally created to herd sheep, these intelligent canines were soon used to work with both the military and the police force because of their agility, stealth, speed and air of authority.

German Shepherds found their way to America in 1906 but lost some of their popularity in World War I due to its unfortunate association as ‘the enemy.’ During the war, they were often used to deliver food and supplies to German soldiers. However, thanks to Hollywood and the appearance of Rin Tin Tin on the silver screen as a lovable heroic canine, GSD’s rose once again in popularity not long after the war. Since then, they have become one of the most popular large dog breeds in the U.S. second only to Labrador retrievers. 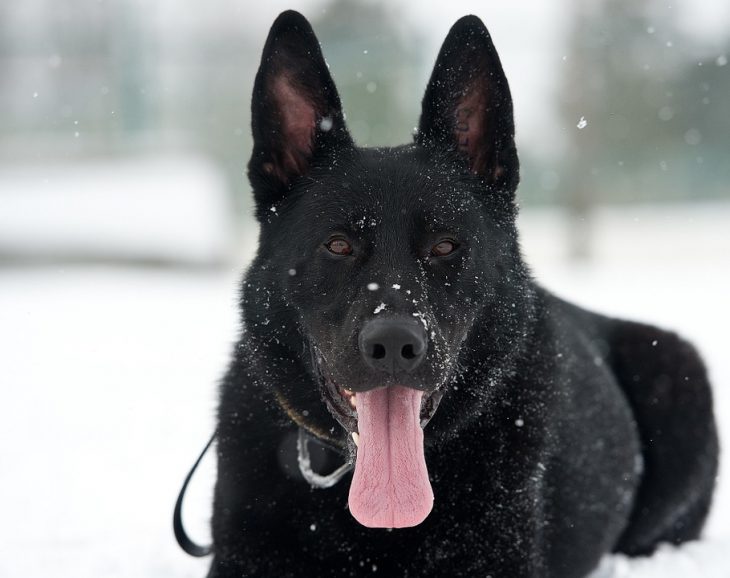 German Shepherd dogs tend to be well-proportioned with a broad head, sharp muscle and large, erect ears. Their bushy tail curves downward. They have a muscular build with a thick, rough medium to long coat. 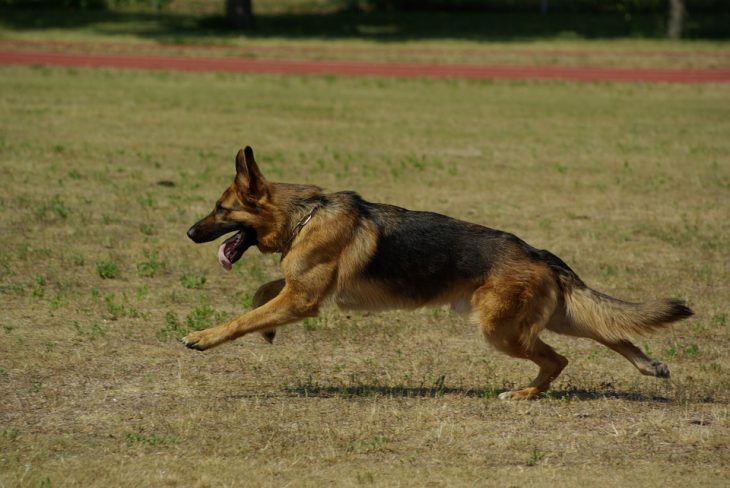 German Shepherds are extremely intelligent and work well with consistency and positivity. It is recommended to enrol your German Shepherd puppy in an obedience training program as well as socialisation training. It is best that they are socialised, so they are familiar with different sites, sounds and people.

Most German Shepherd dogs seem to respond well with reward-based training. They do not respond well to crate training as they prefer to have the freedom to roam about. It is best to raise your German Shepherd as part of your family and involve them in your daily activities. They thrive on being a member of your family as they tend to bond very closely with their owners. They do not like to be left alone for an extended amount of time as they become bored and restless without companionship.

Due to their high level of intelligence, they prefer to be kept active. This means plenty of exercise and interaction. German Shepherds are happiest when they have been assigned some sort of “job” as they were bred to be workers. They are happiest when they are given an active role in your life. This is why they make excellent guide dogs, therapy dogs and service animals. 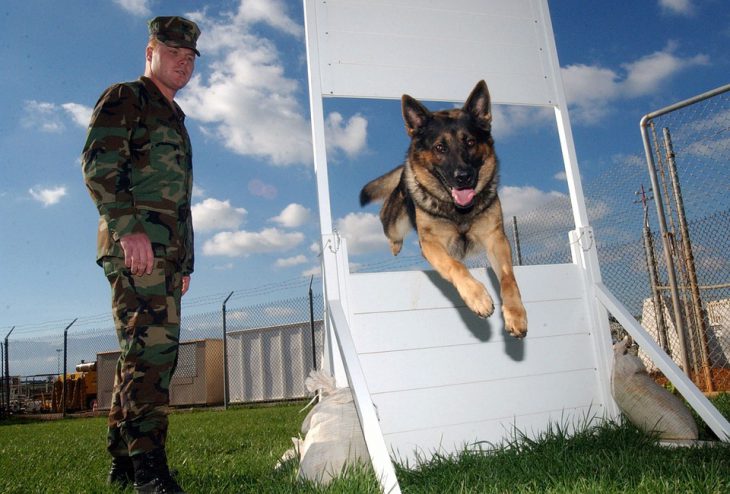 If your German Shepherd feels as though he is not getting enough attention, he may act out by barking or chewing on things. They are generally not aggressive dogs; however, just as with any dog breed, they need to be nurtured, cared for and should be trained at an early age to prevent aggression issues.

German Shepherds can get along with children if they are trained and socialised properly. They will become attached to and protective of members of their family, and excellent in acting as a home security system. However, once they know that someone is “welcome” in your home, they will be at ease.

If you introduce a new pet or family member to a German Shepherd dog that has not been properly socialised, or is not used to being around children or other animals, it is wise to involve the help of a professional trainer. 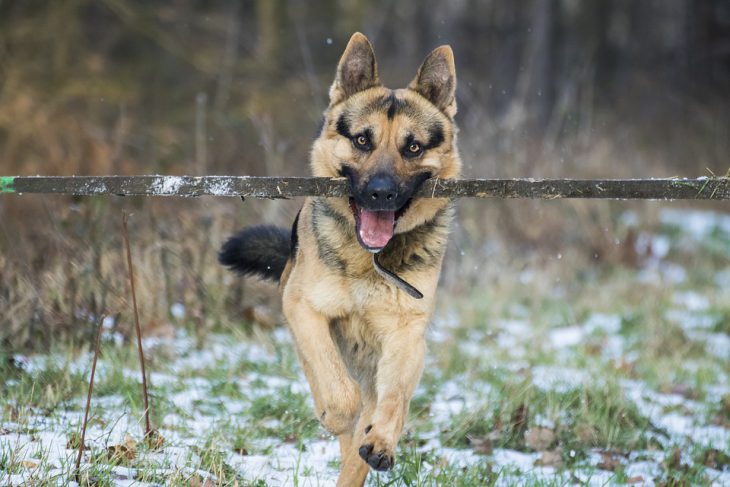 German Shepherd dogs will do well in an private apartments as long as they are given plenty of time outdoors for walks, in dog parks or playgroups. Even though they need to live indoors with their family due to their need for attention and affection, they do enjoy frolicking about in a large open park as often as possible.

Due to their nature as a working dog, German Shepherds are best for those with an active lifestyle. If you cannot handle a dog that needs lots of time, attention and exercise, then this might not be the breed for you. Nevertheless, if you have the ability to raise a German Shepherd dog, you will find a loving, devoted life-long companion. 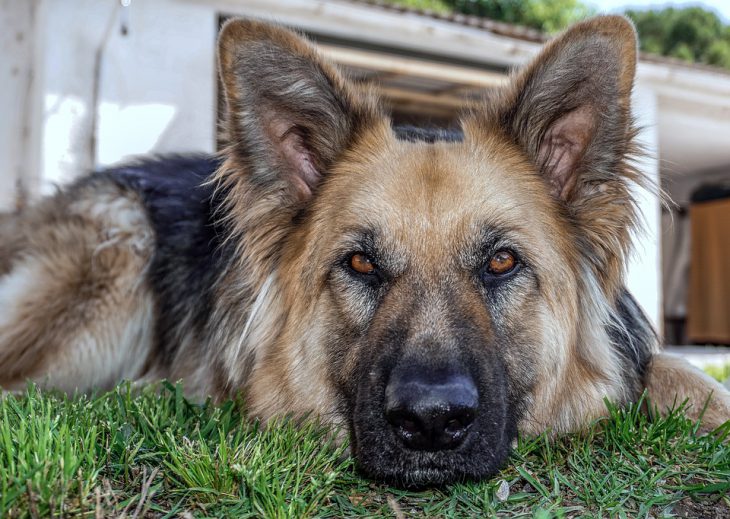 Generally, German Shepherds are healthy dogs with an estimated average lifespan of 7-12 years. Like any animal; they may develop a variety of health related problems during their lifetime. Here are some common health problems know to afflict German Shepherds:

German Shepherd dogs tend to be quite prone to hip dysplasia, which is a genetic malformation. This means that the tip of the thigh bone does not align properly with the hip socket, resulting in arthritis if not treated properly. It can, however, be managed with treatment and medication.

Degenerative myelopathy, which is detectable through a DNA test, can also occur in this breed. It is a disease that affect the spinal cord of an older dog – often resulting in impaired use of the hind legs. This condition is similar to multiple sclerosis. Common symptoms that can be observed is loss of coordination of the hind legs, unstable walking / movements as well as the dragging of the dogs feet. Although Degenerative Myelopathy is incurable, the progress can be slowed with proper treatment.

As with any large breed of dog, German Shepherd dogs may suffer from issues such as heart murmurs, enlarged heart and valve disease. An annual exam can help treat these if they are caught in the early stages. Often, symptoms that help identify such diseases are dry coughing, lethargy sudden weight loss. If you suspect your German Shepherd dog may be suffering from a heart disease, take your German Shepherd to the vet. A non-invasive examination should help identify the problem and medication given to help control the problem.

Bloat and gastric torsion are also common in larger dogs like the German Shepherd. This is a condition in which the stomach fills with air and expands. It is life threatening if not caught right away. Keep an eye out for sudden signs of distress such as pacing, restlessness, licking lips, pale gums and drooling. 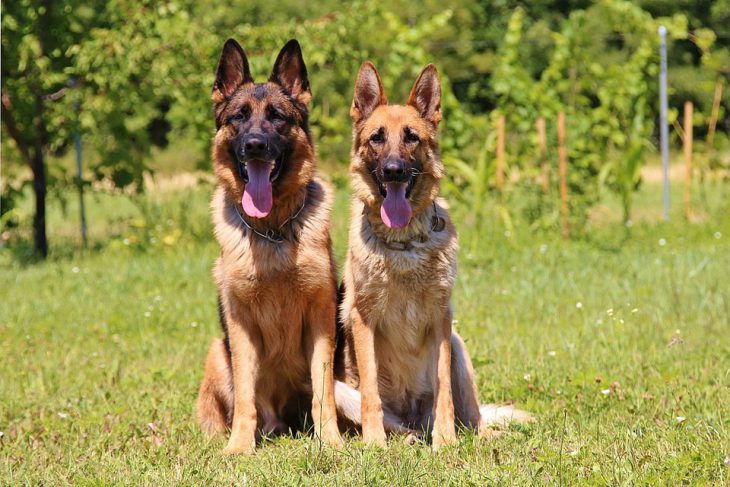 German Shepherd dogs have a double coat that consist of a soft undercoat with a harsh, dense outer-coat. They should be brushed every few days to keep their coat healthy. They usually shed once or twice a year, during the Spring and Fall. During this time, frequent brushing will help.

German Shepherd dogs do not have to be bathed that often, twice a year will do. You should trim their nails every month to keep them from hurting. Brush their teeth regularly for good breath and dental hygiene. 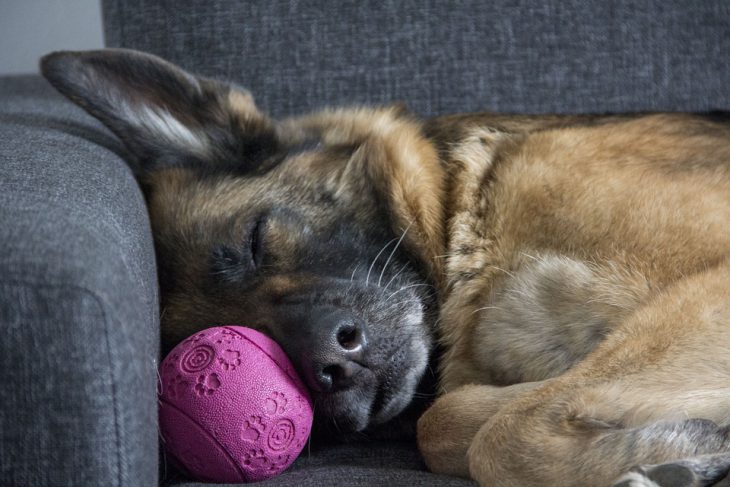 It is best to feed your German Shepherd a high quality dog food relevant for their age group. Do not feed them human table scraps as this can upset their digestive system. They will not need additional supplements if they are being fed high quality pet food. It is fine to give them occasional small helpings of eggs, yogurt or cooked vegetables as a treat. Consult your vet if you have any issues regarding their dietary and nutritional needs. Always provide fresh water for your German Shepherd.

Make sure your German Shepherd gets plenty of exercise. Again, they are fine living indoors and prefer to do so, but frequent walks and outdoor playtime will help keep them active, healthy and entertained. This will keep both their body and mind active to avoid boredom and restlessness.

Where to Find German Shepherds As with any dog breed, it is best to go with a reputable breeder. However, the best solution is to find a German Shepherd rescue, animal rescue or adopt from your local animal shelter to help save a life. Hundreds of lovable dogs and cats are waiting for homes in animal shelters and rescues all around the world! 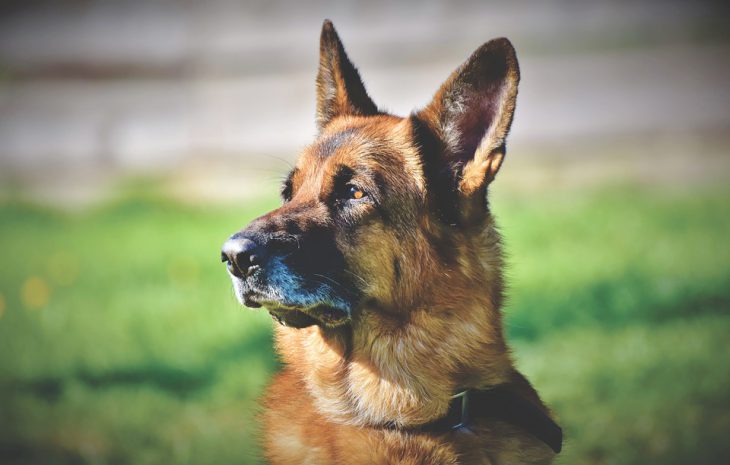 Should you choose to adopt a German Shepherd dog, you will find a loving, faithful companion! Remember to take them for regular appointments with your veterinarian and keep them up-to-date on vaccinations.